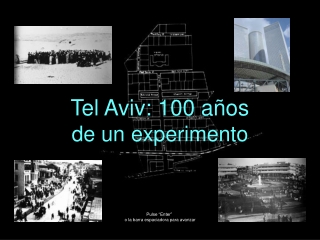 TEL AVIV - . from old jaffa to the azrielli towers. at the beginning there was jaffa. during most of its 4,000 years, it