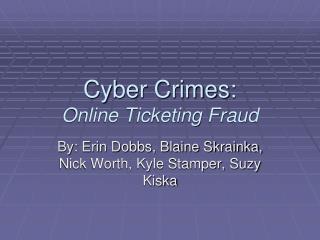 LAW: CRIMINAL LAW - . crimes. classifications of crimes. felonies. felony: a major crime for which the penalty may be

About the ACFE - . about the acfe. the association of certified fraud examiners is the world’s premier provider of