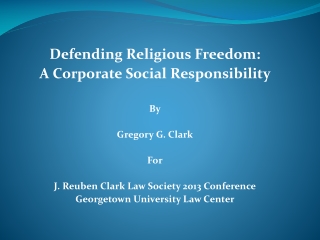 The CLARK Intranet - . service.clarkmhc.com the clark intranet system was designed to give the clark dealers as much

Lewis and Clark and Me: A Dog’s Tale By Laurie Myers Illustrations by Michael Dooling - . day 1 day 2 day 3 day 4 day 5

Lewis and Clark and Me: A Dog’s Tale - . compiled by terry sams pes. by laurie myers illustrated by michael dooling

The New World of Corporate Responsibility - An overview of the new drivers of corporate responsibility: the