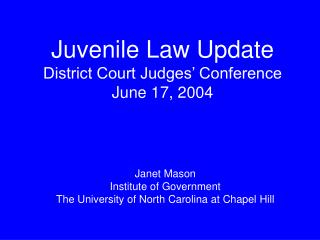 Unit 12 Juvenile System - . ss8cg4 the student will analyze the role of the judicial branch in georgia state government.

Juvenile Justice - . history. the first juvenile court was created in 1899 in cook county, il it was founded on the idea