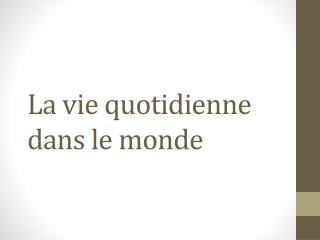 La vie quotidienne (part 2) - . walt : to talk about my daily routine. wilf : be able to give a detailed description of