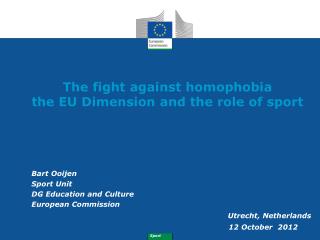 Chapter 2. Kinematics in One Dimension - . in this chapter we study kinematics of motion in one dimension — motion

Bruce Wayne Fractals - . what is a fractal?. according to benoit mandelbrot … “a fractal is by definition is a set

Problem-Based Learning - . presented by steve coxon most slides in this presentation were originally created by janice

best archery target - Archery gear for target archery involves the use of modern recurve bows only. visit here for more

EDUCATION, CULTURE AND SPORT IN THE EU - . education in the eu. more than 2 million young people have taken advantage of

EU and Governing Bodies - . a challenge to understand where we are going live in germany work in the uk and support the