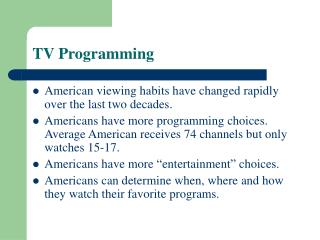 TV or not TV - . form 9 teacher irina zarubina. watching tv is the most popular leisure activity. in britain they watch:.

TV or not TV? - . 11 “a”. today is topic is tv violence. millions of people in their spare time watch tv. everybody

TV Shows for TV Fans - In partnership with among the best tv show hosts in the world, you can now watch among the