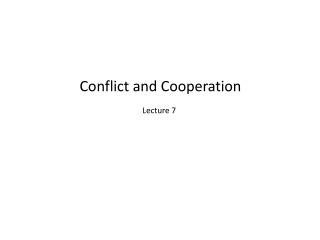 Developing Your Conflict Competence - . after this session, you will be better able to…. appreciate the importance of

Conflict Management - . conflict. “conflict is disagreement between two or more individuals or groups with each