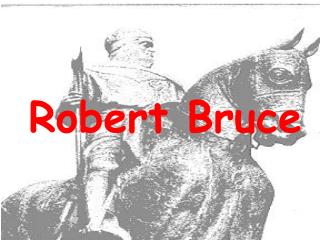 Robert Bruce. Robert Bruce was named Guardian of Scotland in1298 after Wallace’s defeat However, this was only to last a 12 month period in which he had a disagreement with John Comyn over the re-establishing of King John Bruce would meet with Comyn again!. Robert Bruce.

Itinerary - From your street corner to the dunes of mars, virtual environments in vertical applications bruce damer usc

The Ring of The Druids - . the honour of clan macwizard. put the events in the correct order. william wallace was beaten

HIGHER HISTORY: The Wars of Independence 1286-1328 - . issue 4 the reasons for the ultimate success of bruce in