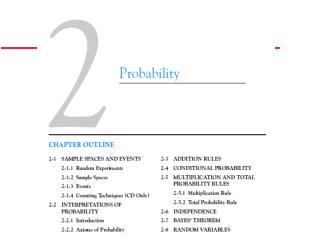 2-1 Sample Spaces and Events. Conducting an experiment, in day-to-day repetitions of the measurement the results can differ slightly because of small variations in variables that are not controlled in our experiment. Consequently, this experiment is said to have a random component. Sample Space and Events - . section 2.1. an experiment: is any action, process or phenomenon whose outcome is subject to

1-2-1 Meetings and Bespoke Events - . we have the relationships and chinese infrastructure, you bring the

Rare Events, Probability and Sample Size - . rare events an event e is rare if its probability is very small , that is,

events 1 - Society and lifestyles: towards enhancing of social harmonization through knowledge of subcultural