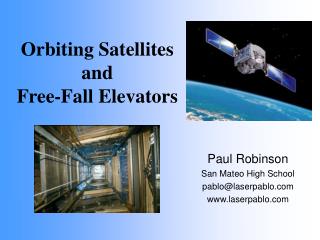 Final Review - . conceptest 4.1a newton’s first law i. 1) there is a net force but the book has too much inertia 2)

Satellite Motion - . low orbit. a container falls off the space station while in low earth orbit. it will move a)

Circular Motion - . level 1 physics. what you need to know. objectives. essential questions. what are the applications of

Ch 8 Universal Gravitation - . black hole -. an extremely massive object that can bend light back to the object.

Torque - . it is easier to open a door when a force is applied at the knob as opposed to a position closer to the hinges.

Newton’s Laws of Motion - . now that we have learned how to describe motion, how do we cause the motion that we want?

Sect. 6-4 Satellites and “Weightlessness” - . satellites are routinely put into orbit around the earth. the