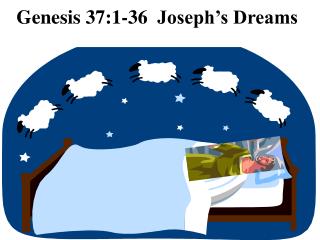 Genesis 37:1-36 Joseph’s Dreams. Jacob lived in the land where his father had stayed, the land of Canaan. Chapter 36 &amp; 37 Magnetism - . what you will learn: you will relate magnetism to electric charge and electricity

Joseph – The Early Years: Lessons in Relationships Genesis 37 - . the life of joseph - a favorite old testament

Genesis 45:1-28 Joseph Makes Himself Known - . have everyone leave my presence!. then joseph could no longer control

Joseph: Refuse to Give in Genesis 39:1-12 - . the righteous rescue broken lives by refusing. the temptation to give in

The Jesus Story Genesis 37-45 - . the story of joseph beautiful full of forgiveness and grace a salvation story a

Genesis 1 - . the creation of the world. 1 in the beginning, god created the heavens and the earth. 2 the earth was