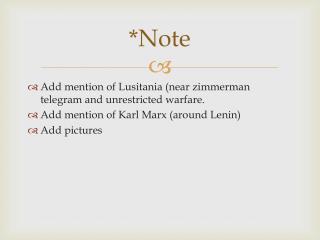 Corporate Finance B40.2302 Lecture Note: Packet 1 - . aswath damodaran. the objective in corporate finance. “ if you

AN INTRODUCTION TO MATLAB - . jie zhang. adopted from the presentation by joseph marr, hyun soo choi, and samantha

Note to teachers - . this powerpoint uses the contemporary english version the version of the bible used by the us

All Slides Available at … tompeters Note: Lavender text in this file is a link. - New work. new world. new education.

CKD/ESRD &amp; Management - . note-when viewing lab values in ppt-note that values are given as both as “common