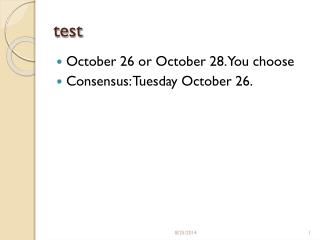 Complement Fixation Test - . lab 10. introduction. the complement fixation test is an immunological medical test that can

SDAA II - . march 23, 2007. this training does not take the place of reading the appropriate manuals. all test security