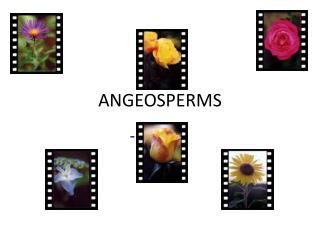 ANGEOSPERMS. GENERAL CHARACTERISTICS. Enclose their seed in masses of tissue = fruit Fruit protects and aids in the distribution of seeds Their xylem is more specialized and transports water and minerals more efficiently Found in nearly every habitat. Why Sucessful.