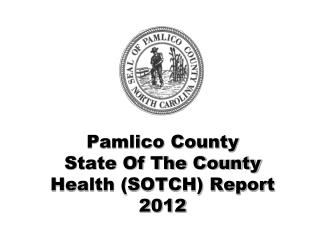 Pamlico County State Of The County Health (SOTCH) Report 2012. State of the County Health Report. In between Community Health Assessments, the SOTCH helps us: Promote a broader understanding of the health of the community