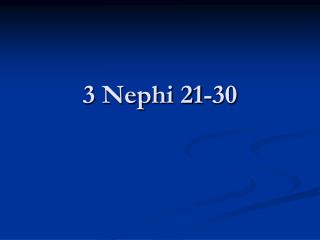 Allegory: Huckleberry Finn - . by: kyle monroe, ian augur. what is an allegory?. a representation of an abstract or

Lesson 27 - . separation who shall i follow? 2 nephi 5. spiritual leader. nephi — prophet and leader. laman and lemuel

Lesson 49 - . and my soul did hunger enos. enos. sariah and lehi’s grandson jacob’s son nephew to nephi lived about