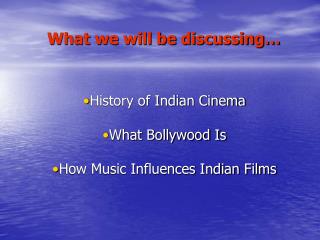 What we will be discussing…. History of Indian Cinema What Bollywood Is How Music Influences Indian Films. Bollywood Movies. By: Suraj Tandon. History . The Beginning: The Silent Movie Era Cinema came to India on July 7, 1896 - Lumiere Brothers' Cinematograph films in Bombay.

Territorial Government and Indian Wars (1847-1877) - . learning target. i can describe the indian wars and identify the