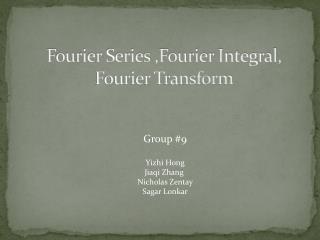 Chapter 3: Fourier Series - . introduction in 1808, fourier wrote the first version of his celebrated memoir on the