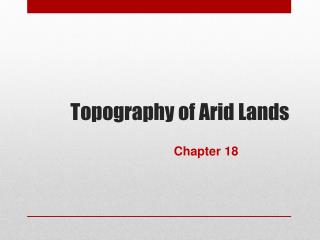 18 The Topography of Arid Lands - . “ probably the most basic fact of desert geomorphology is that running water is by

Topography: - . mapping the surface of the earth. facts:. the earth ’ s surface is constantly changing. forces