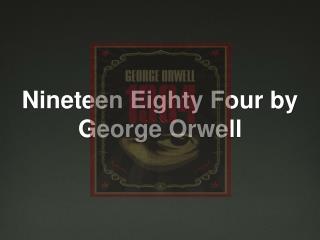 Nineteen Eighty-Four - . the destruction of humanity: chapter 5 focus: how does the party destroy language and thus

Nineteen Eighty-Four - . the destruction of humanity. remember…. chapter 1 focus: how does the govt. in 1985 take away

Intro to Nineteen Eighty- Four - . what would define as more important?. in groups of 5 argue what is more valuable:

by George Orwell - Animal farm. by george orwell. double entry journal. directions: on the left side, there is an

by George Orwell - Animal farm. by george orwell. where did orwell get his idea for animal farm?. orwell grew up in