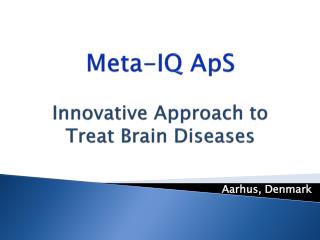 Superficial Venous Thrombophlebitis: To Treat or Not To Treat - Evidence Behind the 2008 ACCP Recommendations - . nathan

Candiduria: Should we treat, when and how? - . hail m. al-abdely, md consultant infectious diseases king faisal

Chapter 14 The Brain and Cranial Nerves - . largest organ in the body at almost 3 lb. brain functions in sensations,

Tumors and Vascular diseases of the Brain - Mri is more sensitive, it can age strokes and can detect an acute stroke