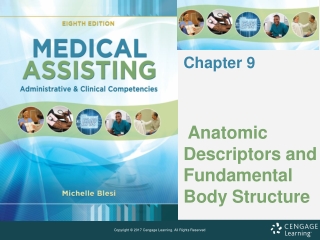 Chapter 9. Anatomic Descriptors and Fundamental Body Structure. Anatomy and Physiology Defined. Anatomy is the study of the physical structure of the body and its organs. Describes the framework and physical characteristics Body organization and structure - . the big idea: the human body is composed of major systems that have differing

THE BODY: BODY STRUCTURE - . the purpose of your skeleton. your skeleton has three main functions. it supports your body

Fundamental File Structure Concepts - . chapter 4. record and field structure. a record is a collection of fields . a

Fundamental File Structure Concepts - . files. a file can be seen as a stream of bytes (no structure), or a collection of

Mollusk body structure - . by- s tephaniel saracho. what is a mollusk?. a mollusk are coelomates with a muscular foot, a