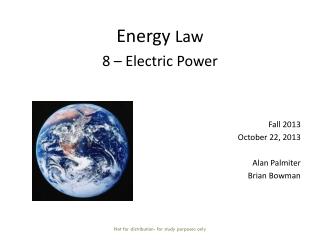 Fusion Technology: The Energy Power - Fusion power is the generation of energy by nuclear fusion. fusion reactions are

Energy, Work and Power - . energy. energy: the currency of the universe . just like money, it comes in many forms!

Work, Energy and Power AP style - . energy. energy: the currency of the universe . everything has to be “paid for”