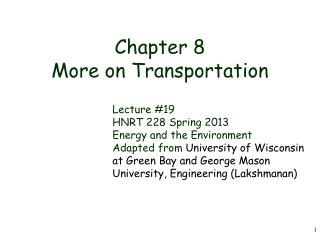 Topic 4 – Urban Transportation, Land Use and the Environment - . a – urban land use and transportation b –

Chapter 13 - . shipper process. introduction. the focus of this chapter is on implementation and execution of this