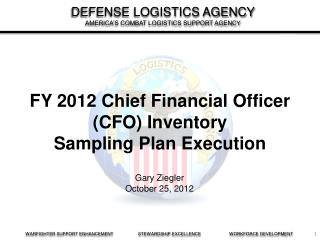 Sampling Techniques for epidemiological studies - . biagio pedalino. objectives. to decide whether to conduct sampling to

The 4 Disciplines of Execution - . troy, michigan december 4-5,2012. strategic planning. why do we exist?. mission

Managing Inventory throughout the Supply Chain - . chapter objectives. be able to: describe the various roles of