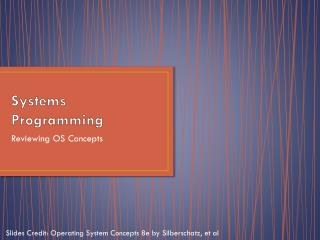 Object Oriented Programming - . programmer thinks about and defines the attributes and behavior of objects. often the

Chapter 16: Topics in z/OS System Programming - . objectives. in this chapter you will learn to: discuss the