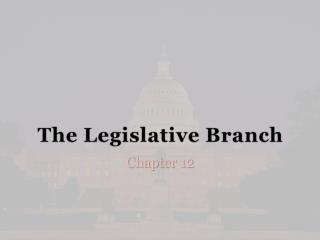 APG Unit III Review - . fall 2013. which branch was expected to execute acts of congress and protect against mass

The Legislative Process - . the steps for how a bill becomes a law. bills. types of bills where do bills originate?.

LEGISLATIVE HIERARCHY - . 03 pillars of the state – process of law making and enforcement. elected members in the