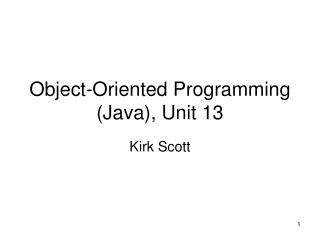 Object-oriented modeling and design - . introduction . it is a new way of thinking about problems using models based on

The Net Worth of an Object-Oriented Pattern - . practical implications of the java rmi. adrian german lecturer, computer