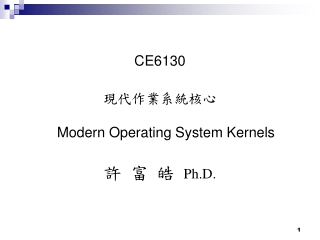 “ Pop”corn Procedures - Problem : p4 : will the liquids: water, and oil effect how long it will take for the kernel

Operating Systems - . how operating systems work. a modern computer is useless with out an operating