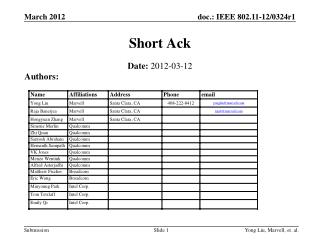 Selective Repeat (SR) ACK Scheme – RFC 1072 rfc-editor/rfc/rfc1072.txt - The sack option does not change the meaning of

Email Basics - . contents. what is email? what you need choosing an email provider setting up your email account role of

Spending and Output in the Short Run - . introduction. observations spending, in the short run, may not be sufficient to