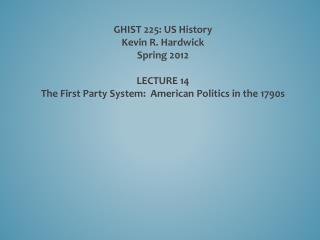 Lecture 18: God and Reason - . in today’s lecture we will: recap our investigation into natural theology outline and

Alien and Sedition Acts of 1798 - What are they? the alien and sedition acts made it illegal for anyone to say anything