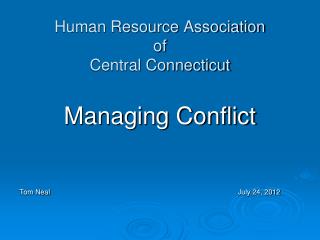 Introduction to Human Resource Management - . what is hrm? scope &amp; functions of hrm. characteristics of hrm.

Theme and Central Idea - . identifying the main i dea of literary and informational t exts. what is theme?. theme is the

Human Resource Management (HRM) - . what? the functional area of an organization that is responsible for all aspects of

Human resource management Chapter 17 - . introduction. in this lecture we will: introduce and explain the concepts and

A Presentation for Members of the Bank Compliance Association of Connecticut (BCAC) June 12, 2008 Rebecca Williams FDIC