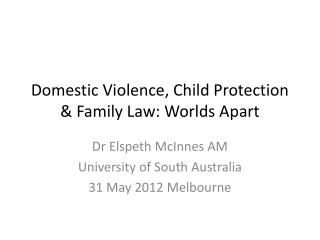 The Many Worlds of Hugh Everett III:Multiple Universes, Mutual Assured Destruction, and the Meltdown of a Nuclear - By

Improving EMS Response to Domestic Violence - Adapted from the curriculum created by the new hampshire bureau of ems,

The Link Between Animal Abuse and Family Violence: Legal and Ethical Issues for Family Court Practitioners May 2014