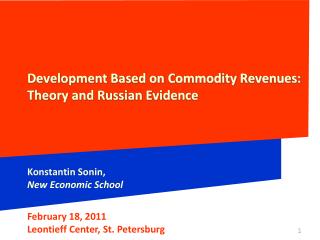 Kohlberg’s Theory of Moral Development Preconventional Level: Stage 1 Based on fear of punishment Actions judged by

Evidence-Based Practices for Promoting the Literacy Development of Infants, Toddlers, and Preschoolers Classroom-Based

The Russian Revolution - . “i shall maintain the principle of autocracy just as firmly and unflinchingly as it was

Evidence Based Practice - . introduction for residents. judith riley, od. drfoureyes@aol.com 918 527 7210. the roots of