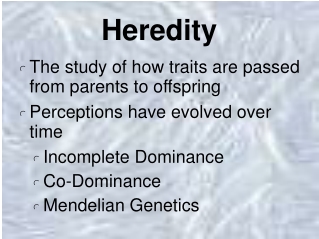 Mendel and Heredity - . section 1- the origin of genetics. heredity- the passing of traits from parents to offspring .