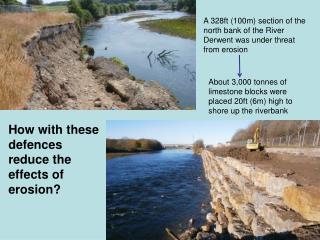 A 328ft (100m) section of the north bank of the River Derwent was under threat from erosion. About 3,000 tonnes of limestone blocks were placed 20ft (6m) high to shore up the riverbank. How with these defences reduce the effects of erosion?. Cumbrian Floods of 19 th Nov 2009!. Chemical, Biological, and Radiological Defense - . presented by: ut1 (scw) kain, michael. introduction. the why of cbr