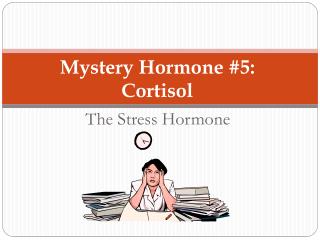 Mystery Hormone #5: Cortisol. The Stress Hormone. What is cortisol ?. A steroid hormone part of the endocrine system A glucocorticoid one of the three main groups of steroid hormones. What does cortisol do?. Homeostasis Helps the body to manage stress Fight or Flight Response Hormone: - A molecule produced in one organ that is secreted into the blood, and has a physiological effect on specific

hormonal imbalance - Decide how to best move by talking with your health care provider. first, consider how the signs are

THE EFFECT OF HYPOTHYROIDISM ON INSULIN SECRETION IN RATS - . aliashraf godini. department of physiology , faculty of