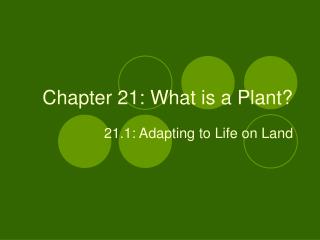 Chapter 24 - . plant response to stimuli. 3.5.2 responses in the flowering plant . objectives – what you will need to

The plant kingdom - . chapter 8 section 1. what is a plant?. autotrophs organisms that produce their own food eukaryotes