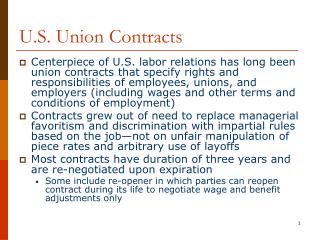 U.S. Union Contracts. Centerpiece of U.S. labor relations has long been union contracts that specify rights and responsibilities of employees, unions, and employers (including wages and other terms and conditions of employment)

AB o u T u S - . our mission. partnering organisations in ‘boosting performance’ and ‘value creation’. cycle. our

Chapter 14 Understanding Labor Relations and Collective Bargaining - . introduction. a union is an organization of