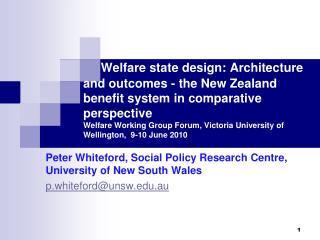 An adequate standard of living for all?: Economic inequality, payment and employment policy reform - . peter whiteford

A Comparative Analysis of Welfare Regimes in the South : The social origins of social assistance outside of the - Hed