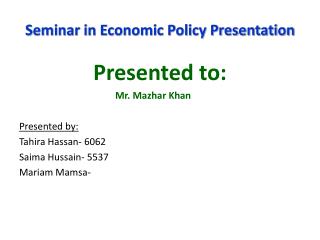 Economic Policy - . today’s goals- be able to explain. gnp vs gdp monetary policy and how the fed reserve board carries

This lecture will help you understand: - Principles of economic theory economic growth, economic health, and