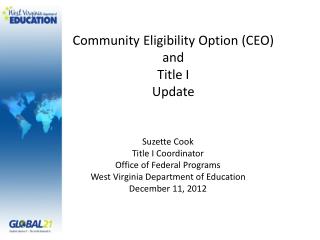 Community Eligibility Provision (CEP) - . what do you need to know?. if you choose to participate in cep: you are