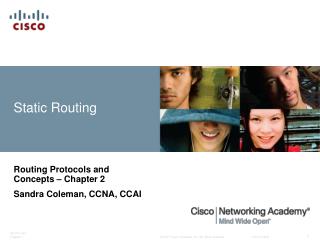 Static Routing - Notes:. if you see any mistake on my powerpoint slides or if you have any questions about the materials,

Static Routing Technique - . what is routing. the act of moving information across an internetwork from a source to a