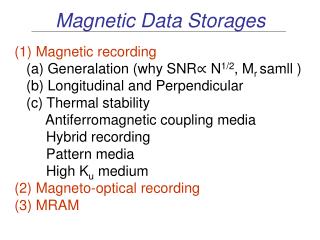 OCDB Issue: how to handle storages - . offline weekly meeting. how it is now. ocdb default storage is set by hand for

Valuation and Hedging of Natural Gas Storages - . ali sadeghi march 2011. what are we going to talk about?. storages

Benefits of having a self Storages in Draper - Since there are an extensive variety of unit sizes accessible, you don't