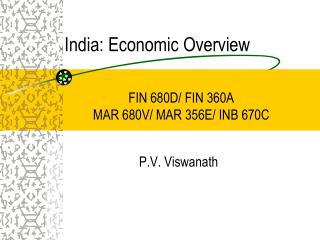 Locomotives Overview - . indian railways is biggest rail system in asia and second biggest in the world. advent of

Health Insurance In India - . 1. course objectives. to understand the health insurance industry in india to know about