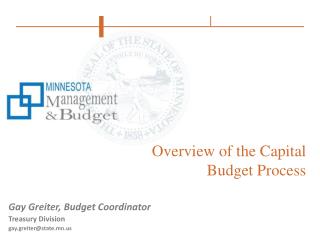 Overview of the Capital Budget Process Overview of the Capital Budget Process

THE SOFTWARE PROCESS - . overview. the unified process iteration and incrementation within the object-oriented paradigm

Chapter 8 - Cash Flows and Other Topics in Capital Budgeting - . capital budgeting : the process of planning for

Grants Super User - . course objectives. at the end of this unit participants will be able to: describe the various

Better Business Cases Detailed 2012 - . agenda. overview context: capital asset management why, when it applies, and what

LOGIC OF THE BUDGET PROCESS - . governing is budgeting: budgets are the primary instruments through which governments