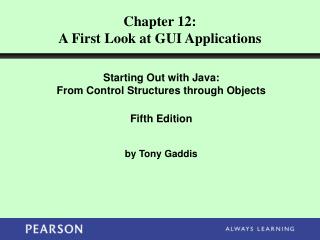 CHAPTER 4 - . solidification and crystalline imperfections in solids. 4-1. objectives. describe the process of the

From XP to javax.swing.* - . what parts of embracing change can we embrace in 108? evolutionary design, small releases,

Chapter 4 - . newton’s laws of motion. goals for chapter 4. to understand the meaning of force in physics to view force

Chapter 1 - . program evaluation alternative approaches and practical guidelines. question 1. what is evaluation? “to

Chapter Six - . culture and health. the importance of culture to health. culture is related to health behaviors culture

Chapter 3- Creating the Constitution - . government by the states. as the nation moved toward independence, 11 of 13