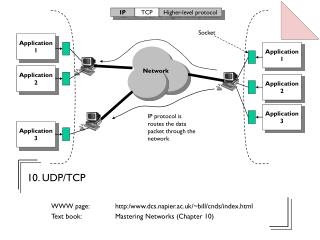 Review: UDP: What is the difference between UDP and TCP? Why UDP? UDP service interface? - . #include

Chapter 10 Network Security Threats Overview - . network communications exposes one to many different types of risks: no