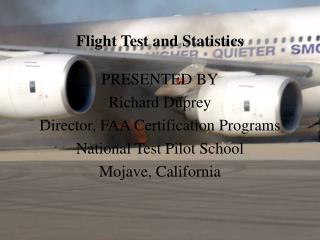 Flight Test - . by byron morgan 1-28-2011. summary:. in this experiment i tested whether an old fashioned paper

Flight Test Engineering - . an introduction. why flight test ?. adequate replication on the ground of flight

Conditional Test Statistics - . suppose that we are considering two log-linear models and that model 2 is a special case

Flight Experience/Test course 2008 - . flight test accommodation. due to the large number of students it is necessary to